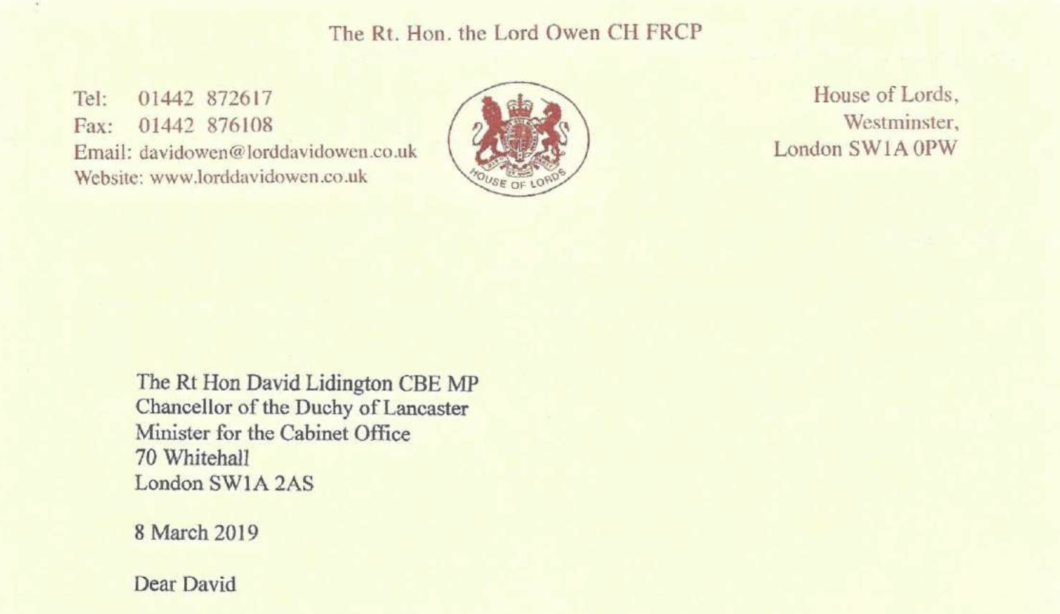 As the House of Commons begins a series of indicative votes on the Brexit process beginning on 27 March, Lord Owen re-issues his long correspondence with the Prime Minister on the EFTA option for Britain outside the EU.

He believes that the Withdrawal Treaty must be ratified as soon as possible: also that there are ways in which the 27 Member States of the EU and the UK Government can indicate that there is scope within the Political Declaration for the views of the House of Commons to be fully considered within the negotiations during the status quo period currently due to end on 31 December 2020.